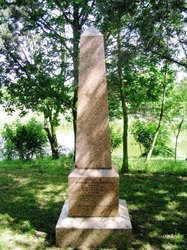 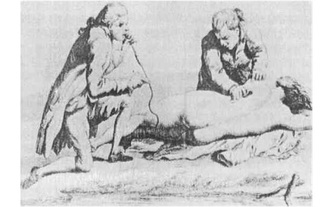 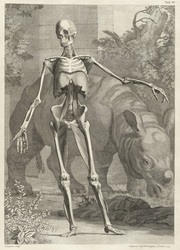 PAST CARING   No 35
OLD FRIEND
Nature, as it were, must have smiled on the young Peter Chapman (1927-2015). After an inauspicious start -his father having died before Peter was born- he grew to become blessed with an acute intelligence, a talent for sport and a real strength of character.
He was born in Cape Town but grew up in Essex, and qualified in Medicine in 1950 at the London (now Royal) Hospital. During his National Service in the Parachute Regiment, he was seconded to the 2d Battalion, 7th Gurkha Rifles as the MO of a small Military Hospital in Nepal. After the war he was invited into a general practice in Malaya where he and his wife Janice lived until 1967, when they returned to England.

In Colchester, Dr Chapman of the 19 Creffield Road Group Practice, was highly respected by his colleagues, admired by his pupils as a GP trainer and loved by his patients with whom he was strict but very caring. He gave them the confidence to know that when needed, he would be there for them. He worked hard, assisted by his wife, played hard, he was the epitome of the Family Doctor, the mainstay of the young and vibrant NHS. A fine squash player, reckless skier, his main interests were classical history and Asian Art.  In 1994 he was elected President of the Colchester Medical Society.

Sometime after his retirement Peter suffered a stroke which greatly restricted him; it was later that repeated strokes eventually left him incapacitated. In his practice of medicine, Peter would have been familiar with the “Old man’s Friend” (some infection that would supervene at the end of life). Today, legislation and the indiscriminate use of antibiotics have banished this Friend, leaving the modern doctor open to the criticism of appearing kind to be cruel.

Dr Peter Kennedy a longstanding colleague and friend, encapsulates this feeling in his poem in memoriam of Dr Peter Chapman:

“As I see you now, old friend
with blackened face and clouded eye,
your head thrown back as if to spy
some angel that the gods may send…..
some angel that may bring you peace.
Although I’ve lost the will to pray
I’ll ask that at the end of day
your time will come, your ordeal cease.”
Past Caring 34
The Rise and Fall of Twelfth Night

The fourth in a line of Clinical Tutors to be appointed in charge of the Postgraduate Medical Centre was Dr Peter Kennedy (1972-77), Consultant Physician in Chest Disease and Infectious Disease.  At that time the Centre was still at Essex County Hospital.  One of Dr Kennedy’s aims was to bring more closely together the various strands of the profession represented in North East Essex.  There were clinical meetings for hospital doctors and general practitioners, and as well as physicians, surgeons, anaesthetists and radiologists he made sure to bring the consultants at Severalls Hospital and at Turner Village Hospital in from the cold, and to invite the chiefs of the non-clinical scientific disciplines into the regular life of the Medical Centre.

At the turn of each year there was a slack period in the Medical Centre diary; for a couple of weeks after the Christmas and New Year festivities, postgraduate activities were generally thin on the ground.  Dr Kennedy formed the idea of a dining club that would meet once a year on or close to Twelfth Night, at the Medical Centre under the aegis of the Clinical Tutor.  It would be an occasion quite distinct from, but complementary to, the dinners of the Colchester Medical Society.  Space at the Medical Centre being limited, the numbers of guests would also have to be limited.  Expressions of interest were sought from both consultants and general practitioners, and then places were then allocated on a first come first served basis.  This seemed a fair enough proposal at the time.

The first in a long series of Twelfth Night Dinners was held on 6 January 1977.  It had been Dr Kennedy’s intention that on each occasion a guest speaker, a local doctor, would be invited to give a convivial after-dinner speech on some nostalgic topic or other.  True to this aim, the first Twelfth Night speaker was Dr John Penfold, Consultant Bacteriologist (as his title was in those days) whose topic was “A Century ago: Essex County Hospital and its Medical Gentlemen”.  Dr Penfold was indeed the right man for this subject; he was already preparing his definitive book, The history of the Essex County Hospital 1820-1948.

By the time a year later, when the guest speaker was Mr Arthur Hume, Consultant Orthopaedic Surgeon, some confusion had arisen about the nature of the dinner.  It was misconstrued as being an invitation-only affair, probably because the original attendees were given the advance opportunity to apply for places once again, in the nature of a dining club.  Dr Kennedy allowed that this approach had been a mistake, and thereafter the applications for places at the Dinner were made open to all doctors and their partners.

And so the annual Twelfth Night Dinner became an established, and popular, event.  It continued until 2004, and a glance at the attendance book shows that for the total of 28 dinners there had been just 27 speakers – explained by the fact that Dr Kennedy, who gave the 1987 address, was subsequently invited, having been the progenitor of the whole concept, to accept the honour of giving a second after-dinner talk in 1997, twenty years from the Dinner’s beginning.  By this time the Postgraduate Medical Centre, and the Twelfth Night Dinner with it, had moved to its present location at Colchester General Hospital.

The last of the Twelfth Night speakers was Dr Angela Colclough, Consultant Histopathologist,  in 2004.  On that occasion the attendance book was signed by 64 diners.  Despite its popularity, the Twelfth Night Dinner lapsed thereafter and became consigned to history.

PAST CARING  No 33
THE DOCTOR’S APPRENTICE
Jacob Patisson, aged 14, was apprenticed in 1773 to Dr Joseph Stapleton of  Head St, (he was a founding member of the CMS). From 1775 he was frequently called to see, for Dr Stapleton, two young ladies who were the shop assistants to Robert Kendall, draper of the Hope and Anchor on the High St, who soon told the keen apprentice to stop these visits believing that that his wife Sarah was becoming interested in the  now 17 year old aspiring medic. However the two young shop assistants kept on sending for him when the draper was out. Young Pattisson, was no doubt fired by his sense of duty , continued to answer these desperate maidenly summons especially as he had to personally apply a pomade to their visage. On 19 Dec 1776 Kendall returned home early, or perhaps had lain wait, and the young apprentice, obviously inexperienced in such matters, tried to hide behind the curtains of the matrimonial bed where the enraged husband stabbed him in the chest with a coat hanger and again in the back as he tried to flee.  This caused severe injury which made him bedbound for two months.
The draper was accused of attempted murder and he absconded. The Wanted Notice: aged 35,five foot-eight, strongly made, pale complexion,  face pitted by the small pox .Last seen wearing a rough beavour coat, round hat with his own hair over false curls.
The case came to court in Chelmsford on April 1777, before Justice Blackstone and a jury of good men and true, who found Kendal guilty of wounding and fined one shilling plus £50 medical expenses for his unjustified jealousy to which the naïve behaviour of the apprentice had contributed.  Robert Kendall continued with his drapery business, no doubt without the two young assistants.  He and Sarah both died in 1803 in their sixties. Young Jacob Pattisson continued his medical studies in London then moved to Edinburgh where he died young aged 43, hopefully a wiser man.
PAST CARING     No 32
Told by Dr Alan Thorogood (1927-2013)
Consultant Anaesthetist
When I was a medical student at the Westminster Hospital, one of our consultant surgeons was Mr Pryce Thomas, later knighted. He had successfully performed a pneumonectomy on King George VI at Buckingham Palace where he had taken his anaesthetist Robert McRae, his theatre sister and her nursing staff plus all the equipment, to set up a complete operating theatre in a room in the palace.  So as to preserve anonymity, the specimen was sent for histology under the name of Mr George King. The blood test request asked for a red, white and blue  blood cell count!
One of our consultant physicians during a ward round would explain how the ancient Greeks  would diagnose diabetes by tasting their patient’s urine for sweetness. He would then dip his finger into a fresh urine specimen and taste it, inviting us students to do likewise. The more gullible did so, not having noticed that having placed the index finger into the urine specimen, he then put the middle finger into his mouth.